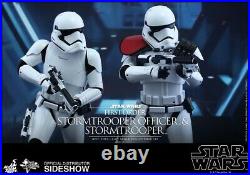 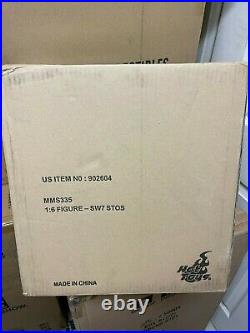 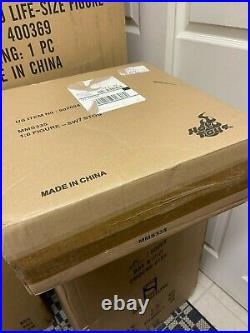 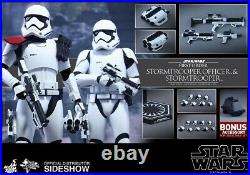 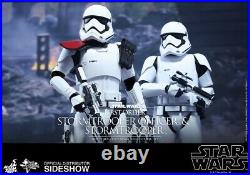 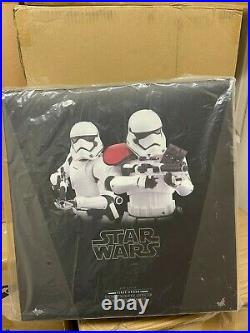 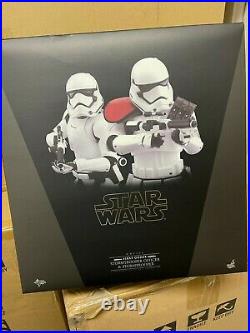 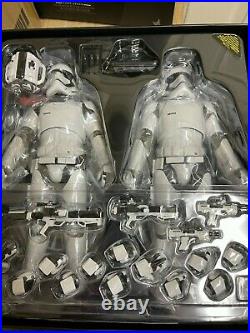 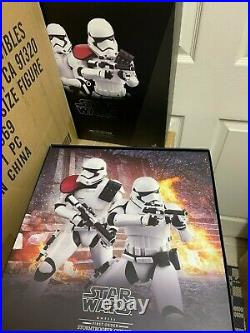 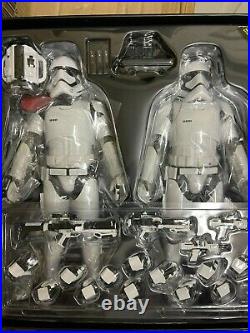 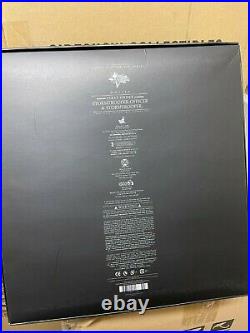 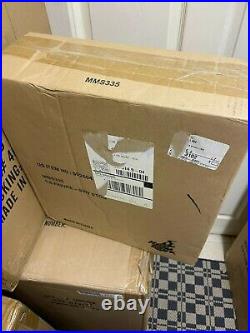 I only opened the box to inspect and take photos. This will be exact item you will receive. Please message me with questions or Serious Offers.

My collectibles are in pristine condition, never opened nor displayed, unless specified in description. I almost always attend conventions/comicons (excluding 2020) to search out the newest & hottest collectibles. Please message me with any questions. In the upcoming epic blockbuster, Star Wars: The Force Awakens, the First Order has enlisted Stormtroopers equipped with sleek armor and powerful weapons to enforce its will across the galaxy. Sideshow Collectibles and Hot Toys are thrilled to expand the First Order army once again and officially introduce the new sixth scale First Order Stormtrooper Officer and Stormtrooper Collectible Figures Set.

Body with over 30 points of articulation. Nine (9) pieces of interchangeable gloved palms including. One (1) pair of fists.

One (1) streamline designed First Order Stormtrooper armor. One (1) black shoulder pouch. One (1) belt with pouches. One (1) pair of white boots. One (1) blaster rifle with extended stock.