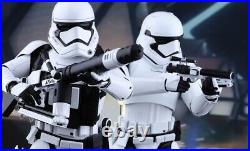 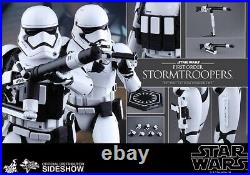 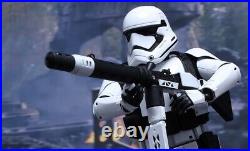 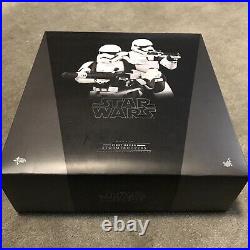 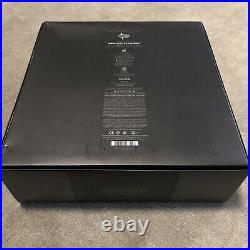 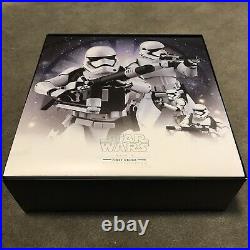 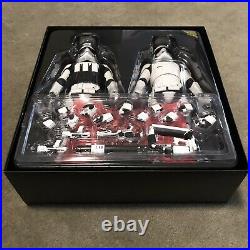 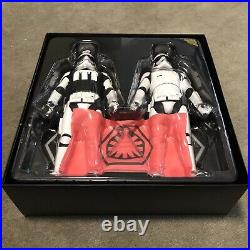 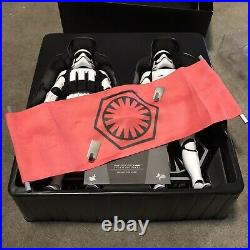 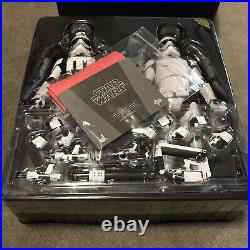 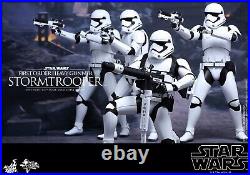 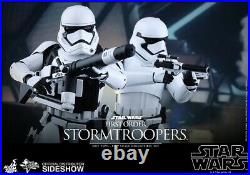 Body with over 30 points of articulation. Seven (7) pieces of interchangeable gloved palms including. One (1) pair of fists.

One (1) gesturing left palm. One (1) newly designed First Order Stormtrooper armor. One (1) belt with pouches. One (1) pair of white boots.

This item is in the category "Toys & Hobbies\Action Figures\TV, Movie & Video Games". The seller is "rasih9000" and is located in Salt Lake City, Utah. This item can be shipped to United States.